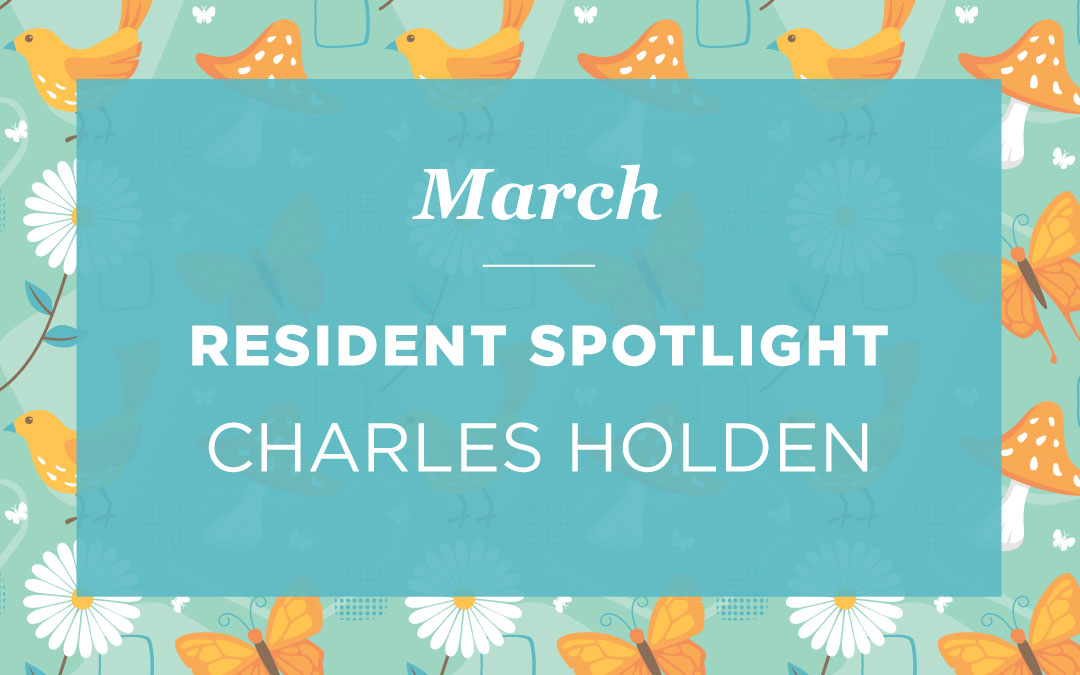 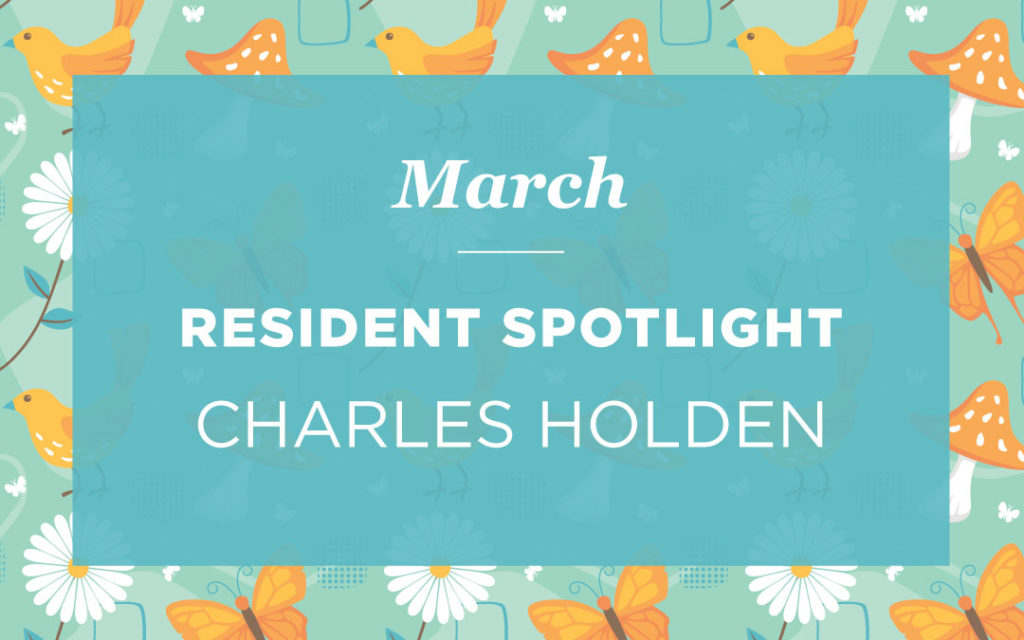 Charles grew up in Harlan, Kentucky. He grew up in a religious family. They were of the Church of God faith. I asked him if he played cards or BINGO growing up and he said they were not allowed to due to their faith. They mostly worked and went to church. Charles served in the Army. He got to travel all over the world to different countries, and learn different languages. He speaks German and Korean. When he got out of the Army, they paid for his schooling in College Business Law, and he became an insurance adjuster.
Charles got married and had four children, Sandra, Mark, Charles Jr., and Suzanne. He has since lost his wife and one son, Mark Anthony. Charles likes to keep busy since he has retired. He loves to read any and everything, and he likes to listen to country music and old rock music. He likes to watch TV shows like old westerns, the news, and music shows. Charles is an animal lover, and really loves dogs and cats. He likes to collect newspaper articles that are of interest to him. He also loves to meet people, and is really easy to like. Charles moved into our facility January 8th this year.

Let’s make him feel welcome! Thank you, Charles, for choosing Regency Retirement as your new home.