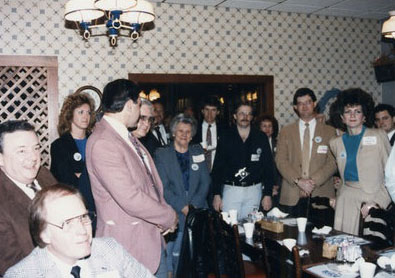 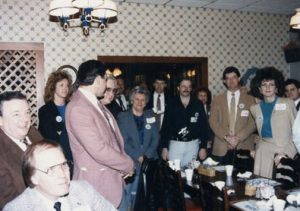 One of the best things about your golden years is getting to walk down memory lane and recall all the people and places that made you who you are and added up to the wonderful story of your life. Morristown is special in how many reminders there still are of yesteryear. While the town continues to grow and change in lovely ways, many of its landmarks still remain, connecting its natives to their history and the wonderful memories they’ve made in this unique place. It was hard to choose, but we’ve picked of Morristown’s most iconic places that might be an enjoyable blast from the past for those who love this city:

If you’ve lived in or visited Morristown anytime in the past 75 years, you may have eaten at the Little Dutch Restaurant. A landmark since the 1930s, it’s remained a fixture of downtown Morristown despite the many changes the city has seen. Their salad bar is as popular as ever, along with their friendly customer service and delicious, affordable entrees. Whether this was part of your personal history in Morristown or you want to see what all the fuss is about, you can still eat at the Little Dutch for lunch or dinner!

Many a Morristown native remembers seeing movies at the Sunset throughout their childhood and adolescence, maybe after grabbing a burger and a shake at Blue Circle. The Sunset was run by Gaines and Hettie Baker throughout the 1960s. In addition to the movies and concessions, you might have enjoyed playing Bingo and Lucky games at the Sunset.

The Berkline Furniture factory was a huge source of jobs in Morristown from 1928 to 2011. This photo snapped in the 1960s shows how it once fit into the landscape not far from Hillcrest and Popkin Field parks. Former employees remember the owners fondly, and if you grew up in Morristown chances are your parents worked for Berkline, or your friends’ parents.

The Skymart in downtown Morristown had its grand opening in 1967, and what a grand opening it was. If you were there you might remember Tex Ritter, Dolly Parton, and Porter Wagoner making appearances. If you lived in Morristown in the 1960s, you might remember the terrible flooding of Turkey Creek. The Skymart was a response in part to that flooding and in part to the new suburban malls creating competition for Main Street businesses.